Well it’s nearly been three weeks since Mohanlal’s film released but it’s not showing any signs of slowing down. In fact, it creating new records; it’s soon going to be the first movie in the state to cross Rs 50 crore mark at the Kerala BO. Yes, the state collections will soon hit the half century mark and this is apart from its screenings in Chennai and USA and Mumbai. It has so far collected Rs 45 crore gross. The movie has clearly struck a chord with the audience and is keeping the momentum going. Right from day one, Pulimurugan has been creating records. Firstly, its day collection at Rs 4.08 crore was a close second to Rajinikanth’s Kabali day 1 collection. Within 3 days, the movie had crossed Rs 10 crore mark. Two days later, the movie’s collections had only doubled. From there on, the collections have only remained rock steady, not reflecting any drastic dip. Well at Rs 45 crore gross, the movie has also managed to BEAT his previous hit movie Drishyam’s collections which was at Rs 42.50 crore. Well, a Mohanlal movie has BEAT his own movie. Now, that’ s what we call a win-win situation. At this rate, even though the 100 crore mark seems far away, it doesn’t seem like a mere possibility.

Pulimurugan’s biggest highlights have been its rich visuals and the 20 minute climax scene between Mohanlal and a real tiger. This sequence was choreographed by the renowned Peter Hein. This was also one of Mohanlal’s most expensive films till date, reportedly made on a budget of Rs 25 crore. For all those who don’t know, this is Mohanlal’s second solo hit after Oppam. Oppam has crossed Rs 50 crore mark at the box office worldwide. The movie marked the comeback of the popular director-actor duo – Mohanlal-Priyadrashan.  Mohanlal played a visually challenged man who gets involved in a murder and then senses the real murderer lurking around him. Even before these two solo hits, Mohanlal’s Telugu movie Janatha Garage also starring Jr NTR, Samantha Ruth Prabhu and Nithya Menen performed phenomenally at the box office. It has already crossed Rs 100 crore mark. So, that’s three hits in a row!

The remake rights for Pulimurugan have already been bought by Abhishek films for a whopping amount. Reports stated that Prabhas and Salman Khan were being considered for the Telugu and Hindi version respectively. 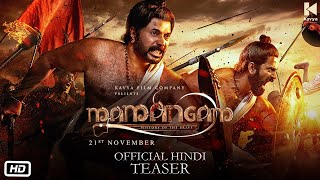 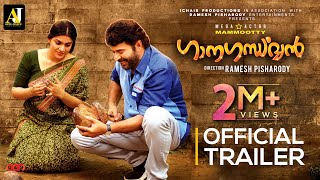