Vijay’s forthcoming film with director Lokesh Kanagaraj is one of the most anticipated films in recent times. The makers had planned to reveal the first look poster and title on New Year's Eve as a perfect gift to Vijay’s ardent fans. The film’s shooting is progressing at a brisk pace in South India.

Sharing the first-look poster, the makers revealed the film’s title to be Master. According to rumours, Master is an intriguing story set in a college backdrop with Vijay essaying the role of a college professor.

In the poster, Vijay stares at the camera with an intense look, almost like he’s ready to bash up some goons. The first-look poster does not reveal anything regarding the film and yet looks intriguing. It is rumoured that there might be a second look poster that is expected to release on January 1, 2020.

The second look poster might feature Vijay and Vijay Sethupathi, who essays the antagonist in this venture. An official confirmation regarding the second poster is yet to be out.

Recently, the makers wrapped up a long schedule in Shivmogga prison in Karnataka. The film’s shooting will resume from January 1st week at a popular studio in Chennai. 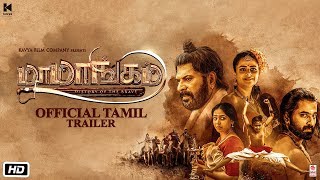