Kannada superstar Kichcha Sudeep recently wrapped up his portions for the Hindi film Dabang 3, which was directed by Prabhudheva. After wrapping up the Bollywood venture, the actor started the shooting of his Kannada movie Kotigobba 3.

Reports claim that Sudeep was injured during the shoot of the film, which is directed by Shiva Karthik. Kichcha Sudeep has badly hurt his back during a stunt sequence, which was conducted on the sets raised in Hyderabad Film City.

The doctor has advised the actor to rest for a few weeks and has told him not to stress himself for a while.

Sudeep's Pailwan is the next big project in Kannada cinema after KGF: Chapter 2. The film is currently in the post-production phase. Directed by S Krishna, the details about the film is kept under wraps. 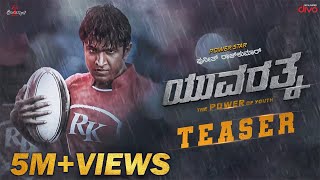